Food Works is a non-profit organization dedicated to creating a sustainable food economy in Southern Illinois. 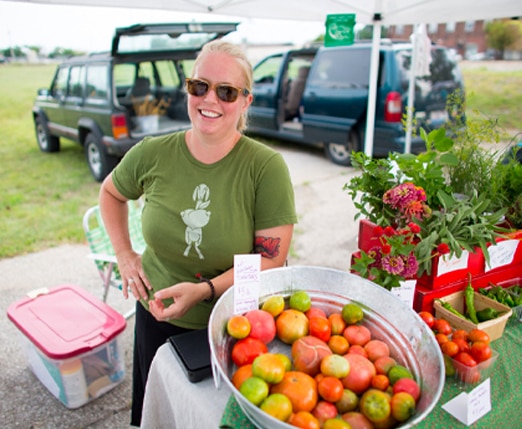 ​Food Works serves the 23 southernmost Illinois counties and, at times, bordering areas in Missouri, Kentucky, Indiana, and Arkansas. The region is characterized by prairie that transitions into the Shawnee Hills and then into the big river floodplains of the Mississippi and Ohio Rivers. Southern Illinois is well known for its rich history of fruit and vegetable production, including century-old orchards. Northern areas still produce grain and cattle; southern regions grow rice, cotton, grain, and vegetables. Recently, the region has experienced a resurgent growth in its fruit production, with an emphasis on vineyards and wineries. Through a highly organized and effective campaign, the Shawnee Hills region was designated as an American Viticultural Area. This establishes precedent that Southern Illinois, with its rolling terrain and warmer climate, has great potential to expand and diversify beyond traditional agricultural models given adequate support.

- The Farming Alliance, an educational and communication network of Southern Illinois farmers

- Farm Beginnings®, an intensive training program for beginning and transitional farmers, which aims to create financially solvent and flourishing local farms through education and mentorship. 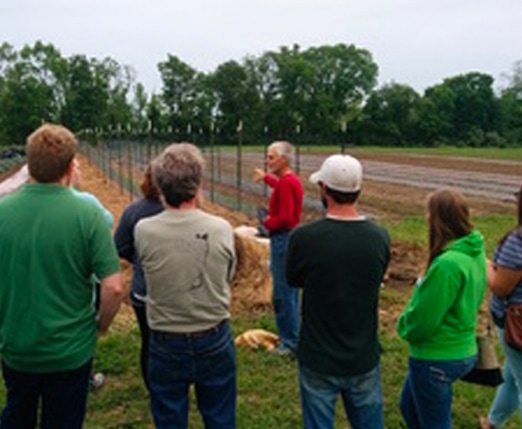 Since 2008, Food Works has provided training and support for new and existing growers, along with consumer education that helps people connect with local food and farming. In establishing Food Works, Dayna Conner, the organization’s founder and first executive director, created practical programs to ensure that food grown in Southern Illinois is produced and marketed in ways that respect and honor growers and the living communities of which they are a part.

Food Works’ farmer education includes workshops through the Farm Beginnings® program for prospective new growers and those considering organic certification. It supports research into local food systems development, and promotes programs and partnerships that help sustain farms, farm economies, human and ecological health, and access to local food. Throughout the year, Food Works hosts farm tours, events, and film screenings for farmers and consumers who want to learn more about how their food is grown, and by whom.